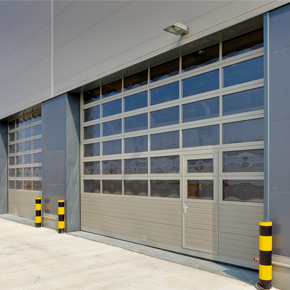 MCA, the best selling garage doors and shutters brand in Romania, proposed at the RIFF 2011 Architecture Conference an innovative solution in order to reduce the domestic electricity consumption. MCA participated in this conference along with other great names in the European contemporary architectural industry and some of the main leaders from the Architecture Community in Romania.

As part of the show, which was held in Bucharest, two other professional debates sessions about buildings’ esthetics, the architecture of the future and three other specialized sections focused on “Rooftops”, “Façades” and “Floor structure” were conducted. The final delight, although, was offered by a thematic exhibition where the most interesting architectural solutions were presented.

The special guest of the conference was the German architect Werner Sobek, who talked about “Tomorrow’s Architecture”, a theme which was considered by the public as being an open gateway to architectural innovation. The most important aspects that were discussed referred to architects who struggle to design buildings with very low energy consumption and a very high degree of recycling.

One of MCA’s plans is to create, in the future, rolling shutters which will be able to collect solar energy transforming it into electricity used for different household activities. In order to put this idea into action, you will need to use certain special types of paint along with photovoltaic cells and connecting the shutters to an electricity storage and distribution system.

Arch. Marian Dragos, MCA consultant presented, in the debate session about façades his vision regarding the mandatory attributes of façades and the way in which Rolling Shutters with thermal protection positively influences the reduction of electricity consumption. According to a study conducted by ESSO (www.es-so.com), the correct use of exterior rolling shutters can reduce the consumption of thermal energy up to 10%. On the other hand, in summer time the rolling shutters’ systems effectively filter the UV rays and also prevent the formation of the greenhouse effect.