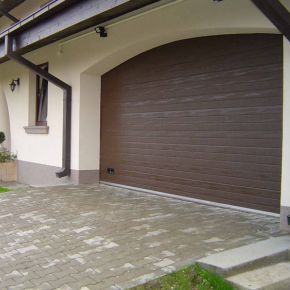 MCA Grup, the most important sectional garage door producer in Romania, has closed the year 2014 with a turnover of 7,5 million euro.


The local market has stabilised at a similar level compared to the previous year. In line with the company’s predictions, 30% of it’s production headed to export markets, the turnover obtained from the external deliveries growing with 15% compared to 2013.

Under the MCA name, there have been sold last year more than 4.500 sectional doors, from which 1.500 units have been delivered outside the borders, in eight states. The largest volumes went to France, Belgium, Italy and Bulgaria. The local market has stabilised at a constant level compared to last year, at approximately 14.500 sectional doors and the clients demand increased in the low cost, economical segment.


For the present year, the company forecasts a 5%-10% growth of the Romanian sectional garage door market, prognosis based on the corelation with the country’s economic evolution and also based on some relevant indicators from the construction sector.